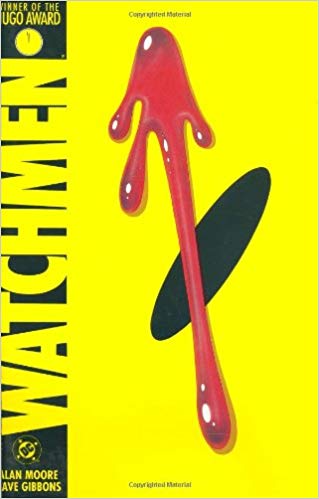 A New York Times Best Seller! This Hugo Award-winning graphic novel chronicles the fall from grace of a group of super-heroes plagued by all-too-human failings. Along the way, the concept of the super-hero is dissected as the heroes are stalked by an unknown assassin. One of the most influential graphic novels of all time and a perennial bestseller, WATCHMEN has been studied on college campuses across the nation and is considered a gateway title, leading readers to other graphic novels such as V FOR VENDETTA, BATMAN: THE DARK KNIGHT RETURNS and THE SANDMAN series.